Forgiving God: A Story of Faith 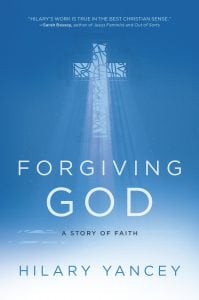 Hilary Yancey is a young lady who lives in Waco, Texas. She is a petite student of philosophy, wears glasses, and looks perfectly harmless. But in the kingdom of God weakness is power, and Hilary’s writing is powerful indeed. In her latest book, Forgiving God (Faith Words), Hilary shares her spiritual journey surrounding the birth and infancy of her son, Jackson. Three months into her pregnancy, Jackson was diagnosed with a severe physical disability. Forgiving God is an honest, deeply moving account of the months that followed. It was a time of tears and prayer, hope and fear, love and anger.

In a particularly moving passage, Hilary writes, “It was never hard to believe that Jack brought with him the Kingdom of God.” Jackson’s body may have been broken when he arrived in this world, but Jesus knows what it’s like to have a broken body. Jackson’s condition may exclude him from some activities, but Jesus knows what exclusion feels like. Like Jackson, Jesus’ birth brought his mother joy and wonder, but also a pierced soul. Mary wrote a song after Jesus was born. Hilary wrote Forgiving God. Both works are powerful declarations by women who, in their own way, have come face to face with the mysterious kingdom of God. 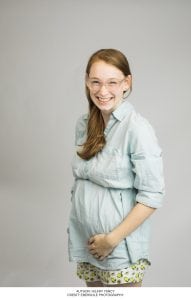 Hilary’s prayers that a miracle would accompany Jack’s birth were not answered. He was born with a case of cleft palate so severe it threatened his ability to breathe. I’ve never seen a picture of little Jackson, but I can tell you what he looks like. He looks like baby Jesus.