A Woman God Can Bless

It’s interesting to read the Biblical accounts of some of the people God called to do things and to see how there was no hesitation in them. For example, there’s Noah. God employed Noah in the huge task of building an ark strong enough to withstand a 40-day rainstorm, sturdy enough to endure a year’s voyage, and large enough to transport his own family, two of every unclean land animal, and seven of every clean animal. All we read of Noah’s reaction is found in Genesis 7:5 (NKJ), “And Noah did according to all that the LORD commanded him.”

Then there are the first four disciples: Simon Peter, Andrew, James, and John. In Matthew 4:18-22, we read that while walking by the Sea of Galilee, Jesus saw these guys going about their daily work as fishermen. He said to them, “Follow Me,” and immediately they left everything they were doing – they didn’t even finish that particular task – and followed Jesus.

Neither Noah nor the disciples had any way of knowing all that their commitment would bring their way. I can’t imagine that Noah totally envisioned the enormity of the ark-building task (it took him and his sons 100 years to build that boat), nor the discomfort of a year’s journey in smelly, closed, dark, and possibly cramped quarters with dozens of animals to feed. And I’m sure the disciples never dreamt they’d turn the world upside down and gladly die as martyrs (except for one, John) for the cause of Christ. (See Acts 17:4-7.) Even so, their reactions were clear, quick, and decisive.

What about us? God has called us to be disciples, and He’s given us instructions in the Bible of how to live as such. A Woman God Can Bless lays out some of those instructions from Ephesians 4:17-32. In this passage, God not only clearly explains what attitudes and actions we are to “put off,” but He also suggests what we are to “put on” in their place. When we get busy with the business of following these instructions, we effectively place ourselves in the position to receive God’s choicest blessings.

Of course, we obey God’s Word because we love Him, but let’s be real: it’s great to know that our loving heavenly Father delights in blessing our obedience. Let’s be like Noah and the disciples; without hesitation putting off what God rejects in us and putting on what He expects of us. We’ll soon find ourselves living, moving, and operating as women God can bless. 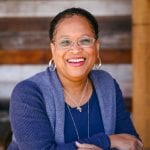