The Women of Easter

The first person to preach an Easter sermon was a former demoniac. If that isn’t scandalous enough, the aforementioned host of seven demons was also, dare I say it…a woman. Mary Magdalene has a powerful, yet mysterious presence in the gospel narratives. While most of the disciples were cowering in fear and hiding from the authorities, Mary was a fortress of faith. She followed Jesus to Calvary, bravely escorting his mother down the Via Dolorosa. She stood before his cross, watching Jesus absorb the entirety of humanity’s evil upon himself before he died a shameful death. It is Mary who tells Peter and John about the resurrection, thus making her the first to share the good news of Easter. Women were the last at the cross and the first at the tomb, and Mary Magdalene was at the center of it all.

The Women of Easter, by Liz Curtis Higgs, is an inspiring account of three women who were witnesses to the week that changed the world. Mary of Bethany, Mary of Nazareth, and Mary Magdalene are the source for much of the information recorded in the gospels. They were not just followers – they were beloved insiders, people who Jesus traveled and lived with. They ate meals with him, walked with him, and touched him. They slept in the same house with him, sat at his feet as he described the forthcoming kingdom, and traveled before dawn to anoint his dead body, a task usually reserved for the closest relative. 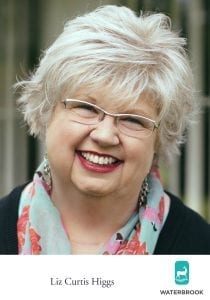 The silence about these leading women in the post-resurrection literature of the New Testament is rather strange. What happens to the women after the resurrection is a mystery. But we do know this – when God determined who Jesus would appear to first and entrust with the first announcement that Christ had risen, he did not choose any of the eleven apostles, nor did he select a high priest or a Roman ruler. He chose Mary Magdalene, a woman who loved him enough to seek out his tomb in the darkness, when all hopes were dashed, and faith was dead and buried. He chose the women of Easter.