Brought to you by: State Farm, www.ThomasWaters.com

“By God’s grace I am here. I have been the beneficiary of God’s ocean of grace,” explains Thomas Waters as he remembers the bike ride he took through Irondale in June of 2017. “I felt the car’s front end hit me and the next thing I knew I was lying in the middle of the road.” With a low back fracture and a severe soft tissue injury to his shoulder, Waters struggled to get out of the road. With help from fellow cyclists, he did and avoided being hit by on-coming traffic. The driver of the vehicle that hit Waters never stopped and has not been caught. “At first, I had a lot of anger,’ says Waters. “I was angry and grateful at the same time.” As a State Farm Agent, Waters team focuses on living out their mission to “be there for you in life’s toughest moments.” Waters confesses it was hard for him to understand how someone could leave the scene of an accident not knowing the well-being of someone else. “The accident has refined my personal ministry to give out more grace. Be kind to everybody even though sometimes that kindness isn’t easy to offer,” explains Waters adding, “Al Schlosser and Rex Seaborn were examples of God’s grace to me as they called for the ambulance and came to check on me in the emergency room.”

For twelve years Waters enjoyed cycling, but after the accident he struggled to ride again. “Every time a car passed I would think, this could be the next hit.” The only thing that kept him riding was a commitment he made with his cycling team to raise money for Multiple Sclerosis (MS). “I had so much mental pressure not to ride, but my friends gave me the confidence to ride to help people who really needed it.” Three months after the accident, Thomas and his team rode two, 80-mile rides in one weekend and raised $11,000 for the National Multiple Sclerosis Society. “I thought, as soon as the ride is over, I will quit,” says Waters. “Anxiety and fear are crippling, but that ride restored my soul and my desire to ride. My friends lifted me up. Two of them, Adam Hodges and Jonathan Schaefer, escorted me into the end of the race the second day. I was struggling and they both sacrificed good positions to help me cross the finish line.”

Waters and his team are preparing for the MS Ride again this fall. Bike MS: Tour De Beach is September 15-16, 2018 in Orange Beach, Ala. The team goal is $15,000 and Waters personal goal is $5000. To learn more about how you can support or participate with Waters’ team visit, www.main.nationalmssociety.org/goto/StateFarmBikeTeam2018 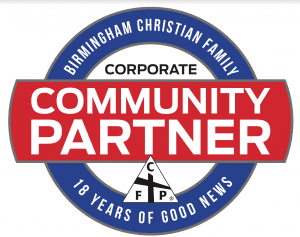