One Friday evening, just as I turned on the stove to begin making dinner, the phone rang. I turned the burner off (safety first!) and answered. The caller was Bill, asking if we would be willing to open our office the following day to show his dad a stairlift. He explained that the family was concerned for Dad’s safety on the stairs, and they thought a stairlift would be a great fit for him. Dad was adamantly against it, but Bill felt that if his dad was to see and ride the stair lift, he might change his mind.

Our office is not typically open on Saturdays except by special appointment, so we made an appointment for Bill and his dad to visit. That Saturday afternoon a family camper arrived! Out poured Bill, his wife, dad, mom, and two small dogs. We invited them to sit in our reception area so we could talk. We immediately noticed Mr. Dobson looking apprehensive and somewhat confused.

“Mr. Dobson, do you know why you’re here?”I queried. “Bill said he was taking us all out for lunch, but I don’t see any food here,”was his telling reply. I shot a confused glance at Bill, who fidgeted nervously and looked away. Blindsided! Attempting to put Mr. Dobson at ease, I explained our values and our mobility business to him. I concluded my introduction, “Mr. Dobson, your family thinks you would really benefit from using a stair lift.” As soon as the words left my lips, the previously docile gentleman’s expression morphed from perplexed to adamantly stern and angry. He pounded his fist on his leg and declared, “No way! There is no way you’re going to get me to ride sideways up the stairs!” He stood up out of his seat, ready to walk out the door.

“Mr. Dobson, please, could you help us understand why you are so uncomfortable with the idea of using a stair lift?” I asked. Hesitantly, he sat back down and lifted one of the little black dogs onto his lap. He described what he imagined riding a stair lift would feel like: jerky, unstable, wobbly, and noisy. (Note: this is a misconception for many who’ve never ridden one). We offered Mr. Dobson a ride on the stair lift; he flat out refused. That’s when our Lead Technician, David, casually took a seat on the lift, pressed the lever, and started to gently glide up and down the short set of stairs. I continued to talk with Mr. Dobson, learning more about his background, his current condition, and his needs. We discussed the continuous charge, obstruction sensors, dual call-send buttons, and locking swivel seat of the stairlift. All the while, David continued his rhythmic ride up and down the stairs. Mr. Dobson’s eyes followed his every move. Once again, David offered to let Mr. Dobson take a turn. Reluctantly, he agreed. Dobson carefully passed his dog to Bill, and took a seat. David showed him how to operate it, and he pressed the lever on the arm rest. As it started to rise up the staircase, Mr. Dobson’s countenance slowly changed from tightly closed lips and clenched jaw, to wide-eyed surprise, to an accidental smile and pleased expression. He felt the gentle glide, comfortable seat, and, most importantly, the absence of pain in his hips and knees!

“Well, this isn’t so bad after all,” he stated, followed by, “What about Blackie? If Blackie won’t ride it, neither will I.” At that, Bill carried Blackie over to Mr. Dobson and plopped the little dog onto his lap. Blackie didn’t seem to mind one bit! With that, Mr. Dobson was convinced! In one afternoon, Mr. Dobson made the journey from “NO!” to “GO!” I spoke recently with Mrs. Dobson, who told me that Mr. Dobson and Blackie have used the lift every single day, and that he couldn’t be happier!

If you are having trouble climbing the stairs, don’t let misconceptions about stair lifts stop you from experiencing freedom and independence in your home. 101 Mobility helps people like Mr. Dobson overcome limitations every day. * 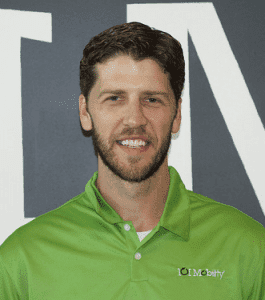 *All events in this story are true, but names have been changed to protect the privacy of the family and their pets.

For more tips on mobility and accessibility solutions, visit www.birminghamchristian.com. Click on News/Health/Physical