One Yard at a Time Gala 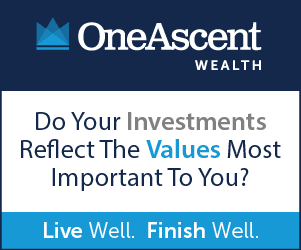 Proving that rival teams and rival fan bases can work together to achieve a common goal is what Lettermen of the USA (LotUSA) is all about. LotUSA is a national charitable organization of former college athletes, as well as active and former coaches who have teamed up to help serve honorably discharged veterans, wounded veterans, and former college players in need.

The mission of LotUSA is to impact those who serve by offering the motivation, guidance and support necessary to rise and pursue success “one yard at a time.” LotUSA is hosting the 2nd Annual One Yard at A Time Gala on Friday, February 21st at 6 p.m. The event will be held at The Club in Birmingham, Alabama. The night will feature guest speaker Bill Clark, head football coach at the University of Alabama at Birmingham and Captain Gary Mike Rose, US Army Medal of Honor Recipient. The Gala will include many familiar faces including Alabama Linebacker Cornelius Bennett and former Alabama Kicker Brian Cunningham.

The LotUSA member network gives back to its communities by volunteering during natural disasters, helping feed the homeless at local shelters, supporting wounded veterans or simply giving an autographed football to someone who needs encouragement from one of their gridiron heroes. Over 300 footballs signed by coaches and players known as “Autographs for Heroes” have been given to soldiers injured during their military service at the recipients’ favorite schools. In 2011, the first autographed football ever presented by Lettermen of the USA was given by a former University of Alabama football player to a wounded Auburn veteran signed by Pat Sullivan.

Darryl Fuhrman, a former Alabama football player, is the founder and president of LotUSA and it all began after the 2011 tornado devastated Tuscaloosa. Fuhrman helped organize a flag football Iron Bowl game between former Alabama and Auburn players that raised $150,000 for the Governor’s Emergency Relief Fund. Fuhrman says “We have taken the many diverse skills of athletes and coaches and built a national platform. No organization is worth its salt that doesn’t help its own.” The service organization is 100% volunteers donating their time and resources to serve those in need and those who have served us all. †

Scroll back to top
Get More Good News! E-subscribe to Birmingham Christian Family
Sign Up Now!