For nearly 30 years, First Priority has been known in Greater Birmingham as on-campus Christian clubs that meet at hundreds of elementary, middle and high schools. Over the decades, hundreds of thousands of local students have been involved in First Priority clubs. So, when campuses closed for the remainder of the school year, it seemed as though First Priority’s influence would also end. Our staff looked at each other and asked, “What do we do?” Honestly, I first thought we would get an early start on training student and adult volunteers for next school year. But then something else happened. We began to hear from students and adult leaders and started seeing their posts on social media and hearing from the people who make First Priority happen on their campuses, especially high school seniors. They weren’t ready to let it go and call it a year. They knew they still had the opportunity to reach their classmates with the Good News of Jesus. First Priority staff and volunteers simultaneously began promoting and holding online trainings for middle and high school students so they could continue their weekly club meetings virtually. We have had a great response! Probably one of the neatest things was having the teenagers learn from each other what they were experiencing as they attempted to provide a First Priority virtual forum for their school. We were learning on the go just like they were. We were all learning how to do this differently, but it’s been very effective thus far. We have had students join the virtual trainings from schools that did not currently have First Priority clubs! They knew this was a good and unique time to provide some hope to their classmates and looked to First Priority to help them.

First Priority staff and volunteers also began to put together weekly video lessons to finish the curriculum for this year’s FPKids clubs for elementary and intermediate school participants. We were able to provide lessons before many teachers began to hold online classes. Parents were happy to have a video lesson for their kids to use at home.

First Priority and FPKids virtual clubs are making a difference. Do you want to be a part of this unique movement to reach Every Last Student with the Gospel of Christ? There are multiple ways you can be involved. Contact us today: info@firstpriorityal.com or 205-871-8886. 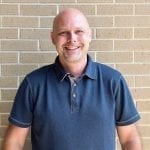