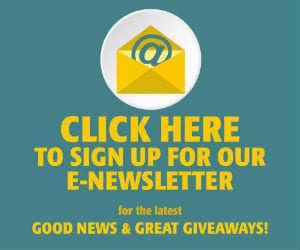 Heart disease doesn’t affect just adults. For children in need of specialized cardiovascular care, families can turn to experts at the Pediatric and Congenital Heart Center of Alabama(PCHCA) at Children’s of Alabama, one of the largest pediatric cardiovascular programs in the Southeast. Here are the stories of two Jefferson County children impacted by Congenital Heart Disease and helped by Birmingham’s PCHCA.

Ventricular Septal Defect. Nora Love was only weeks old when she was diagnosed with a ventricular septal defect – a hole in the wall between the right and left ventricles of the heart. The diagnosis stunned her parents, Jared and Jeanne Anne, and Jeanne Anne couldn’t help but think about her own medical journey as she prayed for Nora’s successful open heart surgery at Children’s of Alabama. Jeanne Anne lived with dilated cardiomyopathy – a disease of the heart muscle – until she had a heart transplant on New Year’s Eve 1994 at age 12. Dr. James Kirklin of the University of Alabama at Birmingham (UAB) performed the transplant. Children’s of Alabama Perfusion Manager Joey Timpa and retired Child Life Specialist Jane Love were also part of Jeanne Anne’s care team.

When Nora had surgery in March 2019, just shy of being 3 months old, Timpa was also her perfusionist and Jane Love had assumed the role of mother-in-law and grandmother. Jeanne Anne is married to Jane’s son. “The minute we knew something was wrong, Jane was on the phone calling [Children’s of Alabama Pediatric Cardiologist] Dr. Frank Pearce. Dr. Pearce was my pediatric cardiologist. It was very surreal.” Jeanne Anne continued, “Having been part of the heart world growing up and to have walked through it myself, to be at Nora’s side was a very humbling and unique emotional experience. For the first time, I understood what my parents went through. Walking in to see Nora post-surgery and hooked up to all the machines was very emotional, but I also feel like this has bonded Nora and I even more as mother and daughter. We have a shared experience and matching scars. I think that is so special.”

Nora has since grown into a happy and fiercely independent 2-year-old who loves to play with her big brother, Tucker, and family dog, Chloe. Jeanne Anne says Nora is the happiest child she has ever known. “She’s healthy now, she’s perfect,” Jeanne Anne said. “But every once and again her scar catches my eye and it takes me back to the moment when she was carried away to surgery. It’s been an experience totally orchestrated by God, and from the get-go, the doctors and nurses at Children’s were absolutely wonderful. I can’t say enough good things about our experience.”

Transposition of the Great Arteries. Seven-month-old Steven Johnson loves to smile, laugh and babble the day away. “He’s really a very happy child,” says his mother, Cyntia Ramsey. “He’s so happy, even with all he’s been through.”

Steven has been through quite a lot in his short life. When he was born, testing revealed a serious but rare congenital heart defect – transposition of the great arteries. Steven was transferred to Children’s of Alabama the very next day. Steven’s condition required an arterial switch procedure, or an open heart surgery that restores normal blood circulation in a baby’s body. “The doctors explained everything to us and how common the procedure is,” Cyntia said. “They were actually very comforting in how much time they spent talking with us about it.”

At just 6 days old, Steven had an arterial switch procedure, or an open heart surgery that restores normal blood circulation in a baby’s body. During surgery, doctors also found and repaired some holes in his heart. “Everything went great, just as expected,” Cyntia said. “They had prepped us to know that things could look worse before they get better post-surgery, but it just seemed like he wasn’t improving. It became quite a roller coaster of Steven seeming to improve, then getting worse, just over and over.”

It was discovered that Steven was also fighting another condition – COVID-19. The disease was making it much harder for Steven’s lungs to heal, but after numerous medications and time on a ventilator, they finally did. “It was so hard because he was hooked up to so much those first few weeks that we couldn’t even hold him,” Cyntia said. “When he finally improved enough to come off the ventilator and we got to hold him, it was everything.”Quarantined at Children’s, Steven later tested negative for COVID-19 and was given the OK to go home with a feeding tube and oxygen. He has since come off both and is growing and thriving. Doctors expect to perform another surgery when Steven is a little older.

“By looking at him, you’d never know he’s ever had heart problems, and we know that so much of that is because of Children’s,” Cyntia said. “We’re incredibly grateful for the doctors and nurses at Children’s. No one ever wants their child to experience health problems, but knowing that we have the support of Children’s to get through it makes a world of difference.”

One way the community can support the Pediatric and Congenital Heart Center of Alabama at Children’s of Alabama is by purchasing the Mending Kids’ Hearts specialty car tag that is available at every office of the Alabama Department of Motor Vehicles. Every $50 tag generates $41.25 for the heart program at Children’s. Since 2017, tag sales have raised more than $200,000 for cardiovascular research, physician training and patient care. When state residents renew or purchase a Mending Kids’ Hearts tag, they are providing valuable funds for patient care, research and specialized physician training for the Pediatric and Congenital Heart Center of Alabama. For more information about the Mending Kids’ Hearts tag, visit www.childrensal.org/tags. †