How and why would anyone kill an innocent victim? The answer is in the first recorded murder;

“Cain was very angry, and his face was downcast. Then the Lord said to Cain, “Why are you angry? Why is your face downcast?” Genesis 4:5

Then, in the New Testament;

“Do not be like Cain, who belonged to the evil one and murdered his brother. And why did he murder him? Because his own actions were evil and his brother’s were righteous.”

Man (and even sometimes, woman) can be evil. Add anger and you get a volatile potion. In 187 years of American liberty there had never been a mass murder at a faith-based organization in the U. S. That ended in Birmingham on September 15, 1963. That Sunday, church services were under way at the 16thStreet Baptist Church. It was Youth Sunday. Children were to lead the morning service. As they prepared around 10:20 a.m. for the service (titled, “The Love That Forgives”) dynamite exploded. 11-year-old Denise McNair and 14-year-olds Cynthia Wesley, Carole Robertson and Addie Mae Collins were killed.

The November 5, 2017 massacre at a Texas church was the 14th mass murder at a U.S. faith-based organization. No mass murders before 1963; now 14 in 54 years. Most were domestic spillover. Some were racial, robbery, mental, religious bias (mostly against Christians) or some mix. All were evil. There is a lesson learned in this trend which started in Birmingham; that is the need for intentional protection. Birmingham was the wake-up call.

The civil rights message of the 1960’s was right. The intended message that Sunday (the Love That Forgives) was right too. But, let’s learn another lesson from this story. We should embrace the principles of Matthew 6:25. We shouldn’t worry about life, food and clothes. But confidence doesn’t replace action. We trust God for clothes, but they don’t fall on us from heaven and God doesn’t fold the laundry. The procurement and management of clothing requires intentional actions on our part.

Providing for safety and security of congregations, staff and volunteers is like that. Yet few faith-based organizations are intentional about security. This is especially true of churches. Many still say, “God will provide.” He does, but He expects a little participation. The people in our care are worthy of intentional safety. Let’s be intentional about the safety of our congregations. First Corinthians 13:7 tells us that love always protects. Let’s move forward with the love that forgives and protects. 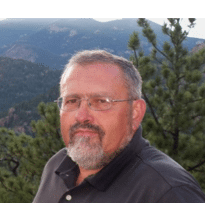 NOTE: Carl Chinn, along with other nationally recognized experts in safety 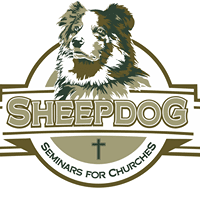 ministry, including Lt. Col. Dave Grossman and Jimmy Meeks, will speak at the Sheepdog Seminar, September 28-29 in Birmingham. Learn more at www.sheepdogsafetytraining.com/birmingham-alabama-september-28-29-2018/