Journey to Being Seizure Free 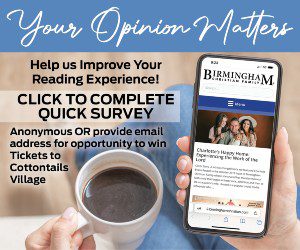 Brought to you by: Molly Maid of Birmingham, www.mollymaid.com/birmingham

November 21, 2016 is a day the Franklin family of Jemison, Ala. will never forget. Then 11-year-old daughter, Briklyn Franklin had her first seizure. “She was in our garage with her dad Anthony and her brother Blayze washing out paintbrushes where they had been painting her room,” mom Kellie Franklin remembers, adding, “Blayze heard Briklyn call his name. About the time he looked up, she was stumbling backward, fell back and when she hit the ground, she started seizing.” Briklyn’s father ran toward her and cradled her head in his arms and told his son to call 911. He was with Briklyn as her body started stiffening and quickly jerking and the area around her eyes and mouth started turning blue. “At that moment, that was the most helpless he had ever felt,” Franklin explains. “He said he thought he was watching his baby girl die in his arms and there was nothing he could do.”

Kellie Franklin returned from work to EMTs in her driveway. “I rode with her in the ambulance as they transported her to the ER at Children’s Hospital in Birmingham.” The Franklins learned from doctors that everyone gets one “free seizure,” so they diagnosed Briklyn with Convulsive Syncope. They were instructed to follow up with her pediatrician. After following up, Briklyn’s pediatrician scheduled her for an EEG on December 28. “The following day they called me and said that her EEG had revealed abnormal spikes and waves consistent with recent seizure activity and requested that we follow up with Pediatric Neurology.” Franklin shared with the doctors about an unusual occurrence where Briklyn was walking to her father’s shop in the backyard. “She remembered getting about halfway up the stairs but the next thing she recalled was being in the kitchen flipping the light switch on and off thinking she was opening the garage door.”

The family’s idea of what a seizure is changed that day. “We learned quickly just how different seizures can look not only from one person to another but even within the same individual,” Franklin says. Because of these events, Briklyn was diagnosed with epilepsy. She was put on medication but had a seizure during the next two months and then was seizure free for six and a half months. “The stress of not knowing if or when there would be another seizure could have been enough to break a person whose hope is in anything other than the Lord, but we trusted that she would not have a single seizure that He wasn’t aware of beforehand.”

Briklyn’s seizures started back on September 2, 2017. Doctors increased her medication but by the end of March, she had six seizures in seven and a half months. “I immediately began researching neurosurgeons and began praying for a specific doctor,” Franklin says. After this, Briklyn went through several scans and procedures, and on November 10, 2020, she underwent a craniotomy. “The type of epilepsy that Briklyn has is not a type that she would be expected to outgrow,” Franklin says, adding, “We weren’t sure if we would ever actually see her make it seven months seizure free… right now she is almost 14 months seizure-free!”

The Franklin family sees God’s fingerprints all over Briklyn’s journey with epilepsy through people near and far praying for Briklyn, the doctors who treated her that the Franklins had specifically prayed would do the surgery and so much more. “For anyone who asks how Briklyn’s journey to seizure freedom is a miracle, I would have to ask, ‘How is it not?’”

After nearly 14 months of no seizures, Briklyn unfortunately had a seizure in November. “We are thankful for the miracle of how long she was seizure-free and pray that, if it is God’s will, she never has another one. However, we seek His perfect will above our selfish and limited wishes,” Kellie Franklin says, adding, “We trust that we will persevere through every circumstance we face knowing that the perseverance will make us mature and complete in our faith.”

We need you to share your Miracle Moment! Email melissa@christianfamilypublications.com Subject Line: Miracle Moments or call 205-408-7150.