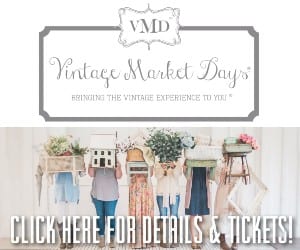 Heritage Christian Academy (HCA) was in need of a miracle. What had begun in 1974 as Shades Mountain Christian School, a ministry of Shades Mountain Independent Church, was facing an uncertain future. After officially separating from the church in 2010, HCA experienced a decade of disappointment as multiple plans to relocate in the Hoover area fell through. The confidence of the school’s families, as well as enrollment, continued to erode. With financial resources dwindling and financing options evaporating, HCA desperately needed to find a new home. Had HCA had the faith to pray it at the time, the prayer would have been for a facility that had at least 25 classrooms, with a cafeteria large enough to serve a couple of hundred students and an auditorium that could seat several hundred people. And, since HCA had never owned the seating, lighting and sound equipment needed to successfully operate such an auditorium, HCA would need for the seller to include all of those items with the purchase. Oh, and with the financial obstacles HCA faced, they really needed the seller to handle the financing. That would be one crazy prayer, right? In short, HCA needed a miracle. 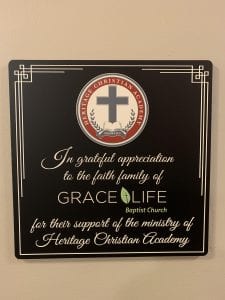 That miracle began unfolding on May 2, 2019, when HCA Board President, Brad King, visited Grace Life Baptist Church in McCalla to meet with a client of his financial planning practice. While there, he ran into Grace Life’s Lead Pastor, Joel Frederick, an acquaintance he hadn’t seen in several years. Showing King the plans for Grace Life’s new construction, Frederick casually mentioned that their current facility had been on the market for over a year and that they had been praying that a Christian school might be interested in purchasing it. King shared how HCA had been searching for a place of its own in the Hoover area for several years. Their conversation left both men with the thought of, “What if?” Over the next weeks, HCA faculty learned more about Grace Life’s facility. Would you believe there were over 40 classrooms, a large cafeteria easily able to accommodate a couple of hundred students and an auditorium that seated almost 500 people? Would you believe that seating, lighting and sound equipment were all staying? Ephesians 3:20 began fighting its way into the back of their faith-limited mind.

Five months of “What if” later, HCA made an offer on the Grace Life property. It was laughable, asking them to hold a note over fifteen years, since they hadn’t had an offer in over a year, maybe it would work. What seller wouldn’t jump at that? The next day, Grace Life received another offer, this one for $200,000 more than HCA’s offer, in cash. We were crushed, going from the only offer in a year to $200,000 short in 24 hours. Why would anyone turn down guaranteed money (and more of it) to accept HCA’s offer? Accepting one offer required no faith. Notifying HCA’s board of the other offer, Frederick said, “You should be glad this happened, because now if you get this building you will be absolutely certain that God did it.” Over the next month, HCA shared with Grace Life’s leadership team their vision of bringing a uniquely Christian school to the community. With total transparency, HCA’s heart and finances were laid bare. By the way, it’s amazing what God does with hearts laid bare. In late October of 2019, the Grace Life family unanimously voted on which offer they would accept. They chose to join HCA in a journey of faith. Seems that while HCA might have been out of options, God wasn’t. Look for more of this Miracle Moments story in our September issue!
†