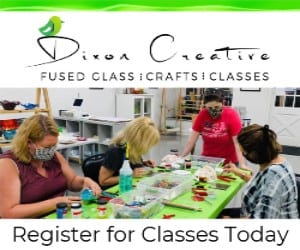 Throughout the Bible, God used specific individuals and unique circumstances to bring about ultimate good for His people. In some of those circumstances, His people likely were feeling something less than blessed. From Heritage Christian Academy’s (HCA) purchase of the campus of Grace Life Baptist Church in McCalla to the navigation of the process of starting school in the midst of a pandemic, God has used unique people and circumstances to bless HCA. Part One of HCA’s miracle story involved the provision of a home when all options seemed to have failed. Part Two involves the provision of needs HCA couldn’t have imagined having. 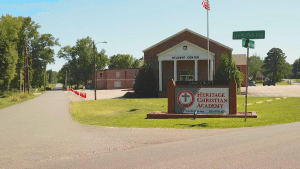 As the process of transforming fifty thousand square feet of church building into a school over the course of a summer began, the scale of the project became apparent. Priority number one became painting offices, classrooms and hallways. HCA began seeking estimates for painting needs; estimates that came in at just under $50,000. To say that this was an absolute impossibility would be one of the greatest understatements of all time. HCA’s first miracle came in the form of someone whose company was in the middle of a work slowdown due to COVID-19. Determined to keep paying his employees even though there were weeks where there were no available projects, he offered their services as painters. Within a week and a half, HCA’s offices and almost all of the classrooms had been painted for a total cost of $0. It seems that God’s bid came in significantly lower!

Next, as the financial effects of businesses temporarily closing because of COVID-19 became more pronounced on HCA families, the very real issue of a potential loss of tuition revenue arose. While, separately, either covering the costs associated with a move or ensuring that faculty and staff continued to be paid didn’t present a problem during such a slowdown, doing both of them at the same time was going to be a challenge. So, HCA’s second miracle came in the form of a banker bringing to HCA’s attention the loans associated with the CARES Act. Through her painstaking communication prior to the process even starting, HCA had all the necessary documentation ready in advance and submitted the application within fifteen minutes of the SBA website going live. Because of her assistance, within a week HCA received the funds to cover payroll for the next two months, freeing up funds to more than cover all of the moving costs. Amid the financial uncertainty created by a pandemic, HCA teachers received the first salary bonus in years. His provision was more than enough.

A few people have asked, “Aren’t you ready for the day where financial concerns are the last thing on your mind?” And, while HCA faculty’s mind certainly wants to say, “Yes”, there is a growing place in their hearts that say, “You know, we don’t ever really want to be in a situation where we aren’t constantly looking to Him for provision.” We’ve certainly been there before, and we’ve never left that place of need. As David says, “I was young and now I am old, yet I have never seen the righteous forsaken or their children begging bread.”

HCA has filled this space for two months with the sharing of some of the miracles they have witnessed to this point. They are open for the new school year and are accepting applications for new students. If you would like your child to be a part of a school that has God in the center of it, please contact the school at 205-978-6001. †