Grandparenting with a Kingdom Focus

A new frontier of ministry is advancing within the grandparent generation. It’s a new ‘old’ with profound Kingdom potential. Introducing: Intentional Christian Grandparenting. Before you dismiss the term as far from ‘new,’ observe the grandparenting culture of today!

It may be without question you are a good grandparent. Some may say a ‘great’ grandparent. But can you say you are intentionally impressing your grandchildren with your personal experiences of God’s love and faithfulness?  Are you telling your faith stories: how God came into your life, answered a prayer or did not, or blessed you undeservedly? Are you making an effort to reach across the miles or strained relationships?Cavin Harper, author of Courageous Grandparents, calls grandparents to “Wake Up! Wise Up! and Rise Up!” He adds, “Wake up to live as intentional godly grandparents pressing into the hearts of grandchildren to know Christ and follow him.” Harper further call us to, “take back the hill country the enemy has gained on our watch. We are being called for a final round of activism. This is a cause for truth and righteousness. It is a cause for the hearts and minds of our grandchildren.”

Church leadership is recognizing the Kingdom impact Christian grandparents can have on their grandchildren. Intentional purposeful Christian grandparenting, far from being new in God’s economy, is a renewed call to Scripture’s ageless cry to the generations. Moses reminds Israel in Deuteronomy 4:9 to not “forget the things your eyes have seen…so that they don’t slip from your mind as long as you live. Teach them to your children and your grandchildren.” This one small word – and – advocates the expected ongoing influence of the grandparent. It is evident God never intended our Kingdom influence to end with the one generation of our children.

The challenges of today’s Christian grandparent require encouragement, resources and ideas to stay engaged with grandchildren at every age. To begin your journey, visit Cavin Harper’s website at www.christiangrandparenting.net and Legacy Coalition at www.legacycoalition.com. 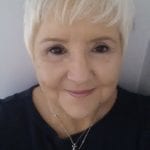