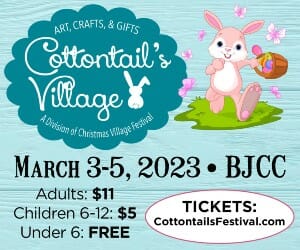 Forgiveness. It is something that we so often want to receive for ourselves, yet so often find it extremely difficult to extend to others. As we approach holy week and the death of Jesus on the cross, forgiveness stands at the center of the narrative. At the cross, Jesus purchased our forgiveness by going to the cross as our substitute. As Jesus hung on the cross, He was dying the death that you and I deserved to die. He was taking the punishment that we were due.

As we approach the first saying of Jesus from the cross, it shouldn’t surprise us that Jesus is extending the same forgiveness to others that He is purchasing for us at the cross. Luke 23:34 ESV says, “Father, forgive them, for they know not what they do.” Jesus’ first words from the cross are a prayer. He begins by calling out to His Father. In the moment of crucifixion, Jesus was facing great pain and suffering so it would be natural for Him to call out to God for relief or rescue, yet Jesus is calling out to God for the rescue not of Himself but of others – those who were murdering Him.

The fact that God’s forgiveness could be offered to the murderers of Jesus means that there is no one who is too far from God’s grace. There is nothing that you can do that takes you to a place beyond the reach of the forgiveness of God through Jesus. Jesus goes on to pray that the people “do not know what they do.” They don’t understand the magnitude of their sin nor the power of forgiveness being bought for them by Jesus at the cross. For the crucifixion team, this is simply another day on the job. They don’t understand that the Jesus that they are putting to death will in three days defeat death by resurrection and bring them new life.

When we come to the extension of forgiveness by Jesus to His enemies at the cross, we must understand that forgiveness comes at a great cost, that no one is too far from grace, and that in the midst of His darkest moments Jesus is still a God who pursues those who stand under the judgment of God. So today, who do you need to share the gospel message of forgiveness to? During the Easter season, you have a great opportunity to begin a conversation about the true meaning of the holiday. It’s not found in bunnies and spring colors, but in a God through Jesus who pursues broken people with His grace and forgiveness even in the darkest of moments.