“The Lord God took the man and put him in the Garden of Eden to work it and take care of it.” Genesis 2:15 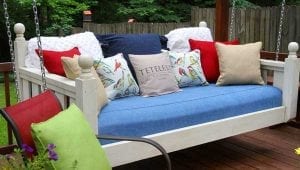 From the beginning, it is clear that God created us to work. As His image bearers, we have the incredible responsibility to steward God’s creation. Nonetheless, Christians often struggle to understand the relationship between work and faith. Many hold the misconception that life consists of two separate parts—the sacred and the secular. We believe that faith is something only to be exercised on Sunday, while the rest of the week has little to do with that faith.

Living out the Gospel, however, requires a seamless life of the sacred and the secular. The Gospel, which is the core of our Christian Faith, holds just as much importance during the formation of our lives as it does at our conversion. It isn’t just the beginning “ABCs,” but rather the A to Z of the Christian life.

To me, the best example of a seamless life, one in which faith carries over into work, is my father. He practices dentistry, but has always made it clear that his occupation is much more than fixing smiles. The way he operates his practice, leads his staff, and cares for his patients is all done as a form of ministry. His work and faith are so tightly knit that I would consider him a missionary long before I would call him a dentist.

In my own pursuit to serve the Lord, I recently worked in full-time ministry. But due to some catalytic events in my life, God called me to step down to work as a carpenter. At first, it was difficult to make sense of this career change. I questioned why the Lord would call me from church ministry to the marketplace. It felt as if I had been demoted. But it didn’t take long to realize that God had a purpose for my change in vocation. Time and again, He has provided opportunities to share Christ and give testimony to His grace that I would not have had otherwise. This new perspective has helped me understand that God gives each of us a calling to live out His Kingdom through our vocations. He calls us to faithful and seamless living wherever He has placed us. And with that kind of work, there is joy.