Bringing Out the Winner

I had the chance recently to take two of our grandsons to a bungee jump park in Panama City. They both did very well and had a great time. The youngest, Gibbs, jumped so high, he was above the support beams. His older brother, Will, was doing backflips – and sometimes three somersaults – with one jump. It was so much fun to watch!

In one of the jumping stations next to ours was a young boy who was continually trying to get his dad to watch. Over and over he pleaded, “Dad, watch me. Hey, dad, watch this flip!” I turned to see his dad engrossed in a game on his cell phone. It was so sad to see this boy’s facial expressions as he continued to seek approval from his dad and continued to be ignored. I wanted to go over and shake the man and say, “What are you thinking? That game is not going to matter one bit in the future – but your son’s self-worth and confidence are going to last a lifetime. You are the one responsible to build that!”

Our son and our son-in-law have done a good job encouraging our five grandsons. NEVER underestimate the power we as parents have in a simple encouraging word and its ripple effect in our children’s lives. Regrettably, the dad at the park missed out because his cell phone was more important to him than the boy in front of him pleading for his attention. Let us learn from his error in priorities and make it a point to show our children that they are the priority in our lives. 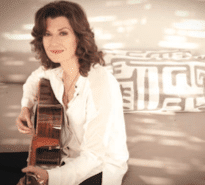 September 20 the Auxiliary of Big Oak Ranch presents an Evening with Amy Grant at the Samford Wright Center. All proceeds benefit the Ranch, www.bigoakauxiliary/2016fundraiser. Tickets available at www.tickets.samford.edu, 726-2853.