Have you ever wondered what is involved for a missionary to leave their home and move to another country? I met with David and Shannon Brown, members at Meadow Brook Baptist Church to find out. They are scheduled to leave on March 5 to serve in Eastern Europe as Team Associates for a minimum of one year. Unlike Team Members, their self-funded position through the International Mission Board enables them to have flexibility in their schedule. While the Browns will be living and ministering on the field just like any other missionary, they will have specific duties to support the Team Leader in carrying out the overall vision for ministry. So… what are some things the Browns did to prepare for this new chapter in their lives?

1. House. Since their commitment is for one year (but could be extended), they decided not to sell their house. They plan to return to the States for quick trip(s) during the year. Family and friends will check on the house regularly. A Ring camera was installed for added security.

2. Cars. The Browns sold both of their vehicles rather than leaving them dormant.

3. Mail. A temporary forwarding of First Class mail can be done for six months with options to extend.

4. Bills. Utilities were not disconnected. All bills and insurance statements were converted to electronic billing and automatic payments.

5. Financial issues. Adjustments were made for stateside accessibility to finances through a family member liaison. However, an established bank account on the mission field is required to verify proof of income.

6. Legal issues. Passports were checked for valid dates. A VISA will be applied for upon arrival in Eastern Europe. A criminal background check is required.

7. Church responsibilities. David was a volunteer at the Jimmie Hale Mission each month as well as a teacher for an adult Life Group class. Shannon was a member on the Women’s Committee, and they both served on the Missions Committee at their church. Each of these roles will be filled by other church members. The Browns also met with their Discipleship Pastor, who is a former missionary, to take a refresher course on evangelism.

8. Business concerns. The Browns are no longer in the workforce. David consulted for a local charity after retiring but has since stepped away from this role.

9. Communication. Contacts with sources on the mission field were made to help pave the way before their arrival in Europe.

10. Packing. Each will be taking two large suitcases plus three duffle bags. Shannon plans to take her favorite pillows and her grandmother’s quilt while David will be taking a digital picture frame with family photos including their grandchildren, of course.

The Browns are quick to note that combined and individual prayer and time in the Word have been key to their preparations. They also say that “even though we are the ones going, many are involved. They are part of our team.” 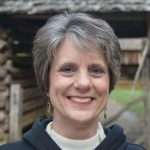 Karen Allen is a freelance writer with a heart for missions. Check out her journeys in her ministry website at www.ewerblessed.com and be sure to sign up for her blog.