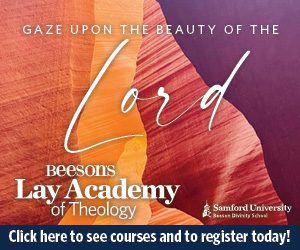 There are several Step by Step events coming to our area. The 2021 Joshua Cup Jr. Team Match Play Championship is set for February 13-14 at Robert Trent Jones Capitol Hill in Prattville. Gober explains that this championship began with the question, “if these events are working for men, why couldn’t it work for kids- particularly girls?” Gober is the father of two daughters who believed it was very important to be connected with his daughters. The very first Joshua Cup consisted of four girls. Their fathers were the caddies. Gober adds that two of the girls in the event now play college golf. The name Joshua Cup was inspired by Joshua 1:9, “Have I not commanded you? Be strong and courageous. Do not be afraid; do not be discouraged, for the Lord your God will be with you wherever you go.”

Step by Step Golf has also embarked on a new venture that is happening in and around Birmingham starting on March 6. “The Birmingham tournament will be a series of five one day tournaments around the greater Birmingham area with a fellowship component that will happen before the tournaments start,” Gober says. As he looks back over the years, Gober credits the success of Step by Step Golf to two things- the tournament atmosphere that draws people and the fellowship that takes place. “It is a non-threatening way to hear the message because they may not be willing to walk through the door of a church, but they are willing to play golf,” Gober says, adding, “golf is the bridge.”

Gober’s prayer for all of the upcoming tournaments is simple. “I want people to know Jesus more than they did before.” Learn more at www.stepbystepgolf.org.