Symbols of Faith in The Lion King

For Broadway actress Martina Sykes, The Lion King is a direct representation of the parable of the Prodigal Son. Simba loses himself in a moment of despair, then remembers his identity as child of the One True King on a journey back to the Pride Lands, with Rafiki as his spiritual guide. Performing as the head hyena, Shenzi, in the Birmingham production of The Lion King at the BJCC March 14 – April 1, Sykes and fellow actress Nia Holloway (performing as Nala) say glimpses of the Christian faith are evident both on stage and in their personal faith journeys through the challenges of youth.

Martina Sykes begins The Lion King inside the big elephant, then transforms into Shenzi with kneepads, gloves, a harness, and a fat suit lovingly nicknamed “The Futon.” The daughter of a prominent Florida pastor, she says she can easily relate to a story about losing yourself in pain. As a teenager, everything she knew about God had come from her parents, so when they faced a very public divorce, she was shattered by the pain she saw them experience. “It’s a different feeling as a child to watch your parents hurt in a way that makes them human. When you’re younger you feel like your parents are like superheroes. You don’t know that they get just as low and broken as you do,” she explains. “I felt really lost. I couldn’t understand how people who were so strong were so heartbroken. As much as I prayed, it didn’t glue them back together.” Peace came in the form of wisdom from her grandmother. “My grandma would always say, ‘just keep livin’.’ I’d say, ‘I don’t know what that means, grandma.’ She was like, ‘you keep livin’ so you live to see things get better. Nothing can ever be bad forever. Just like seasons change, you’ll live to come out on the other side of pain.’”

Her first glimpse at healing was when she graduated from the high school musical theater program at The Pinellas Center for the Arts in St. Petersburg, Fla., and realized there was still love, unity, and partnership as her parents celebrated her accomplishment. However, the separation had left her feeling disconnected from her talent. She spent four years at the University of Florida studying public relations until her brother Ephraim Sykes, who is currently starring in the New York Broadway production of Hamilton, convinced her God had given her a gift that shouldn’t go ignored. 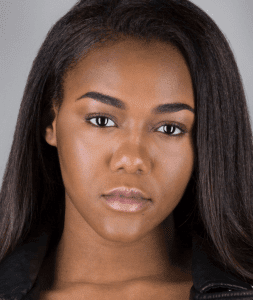 Nia Holloway, a Norcross, Ga., native and granddaughter to disco singer Loleatta Holloway, is the youngest adult to play adult Nala in the 20-year history of The Lion King musical. Often roommates with Sykes while traveling with the musical, Holloway joined the cast in 2013 at 17 years old, finishing her senior year of high school with a tutor on the road. “Nala is such a complex character. She is a young, fierce lioness, and she is powerful and just represents strength. Also, she’s very vulnerable and has this kind of giddy, puppy love/cub love with Simba, so she’s just a very dynamic character,” explains Holloway. “The challenging part about Nala is being able to embody that every single night, but it’s also rewarding because in the end you are a part of something that’s truly amazing and truly bigger than just yourself.”

Like Sykes, faith for Holloway remains a central part of her craft. She says The Lord’s Prayer before stepping onto stage, then follows it with a private prayer that God would order her steps and precede her on stage so her performance is about Him and not herself. Her biggest inspiration, she says, is her parents, who had her while students in high school. “That story alone, shows you that God is real,” she says. “My parents just walked in faith.”

In Act Two of the stage show, Nala decides to leave her pride, ruined by her uncle’s reign, in search of a better home. It’s Holloway’s favorite scene, and her powerful performance on the ballad “Shadowland” is haunting. Her home is ruined, but she vows to return. Rafiki blesses her, and she sings, “And where the journey may lead you / Let this prayer be your guide / Though it may take you so far away / Always remember your pride.” Sometimes pain means leaving home, then coming back again renewed. “It starts in a vulnerable and place of despair for Nala, and by the end she is standing, ready to go find help wherever that may be,” Holloway says. “For me, I pull on that when I have a moment when I feel weakened and I have to close my eyes and call on God. Nala needs God to get her through her journey.”

Both women admit that when they first saw the original animated version of The Lion King as children, watching Mufasa’s death was crushing. Sykes waited a decade to even view the film again. But ultimately Mufasa never truly leaves. He’s in the clouds, in Simba’s conscience, in his heart. “I think in real life we sometimes feel like death is the ultimate separation, not realizing that so much of our loved ones are all around us all the time,” Sykes explains. “To see the journey of Simba losing himself and finding himself, and Rafiki being this channel between him and Mufasa, I believe that what we go through as people–whether we have lost our grandmother or our parents or even our sibling–is to realize that we never actually lose that connection, even if they’re not here with us physically.” Sykes sees Simba’s realization that he can go home–and that he is still connected to his loved ones who have died–as a beautiful picture of restoration and grace.

Birmingham Christian Family is giving away two tickets to the opening night of the Lion King at the BJCC, March 14, 2018. For a chance to win, LIKE www.Facebook.com/BirminghamChristianFamily and Like & Share the Lion King Post. Winner announced on Facebook March, 11, 2018. For more information about The Lion King in Birmingham visit www.theaterleague.com/birmingham or www.lionking.com. 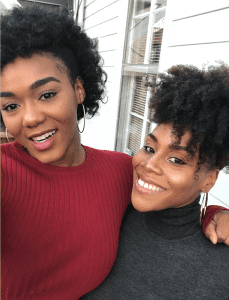