Daniel Cason found himself unexpectedly on the cover of WORLD magazine, sharing his story of helping children in our community. The magazine chose Cason as its 2016 Southeast Region Hope Award Winner for “poverty-fighting programs that change lives by offering challenging, personal and spiritual help.” Here’s an excerpt from WORLD News Group Editor in Chief, Marvin Olasky’s observations of Cason’s life-changing work


…Growing up in Boston, I approached Fenway Park for the first time in 1961. It sat then in a gray industrial landscape, and the outside walls offered little hope of thrills within. But inside, through a dark tunnel, the left field wall loomed over the largest and greenest patch of perfect grass an urban kid like me had seen. Fenway was, and is, a magic kingdom.

African-American children in Birmingham, Ala., have an experience like that when they approach a big, drab, low-slung building in an impoverished area close, by distance, to downtown but light years away in sparkle. Inside, one room has a mountain of old giveaway clothes, and other rooms store donated food, with emptied food buckets catching drips from a roof with holes. But children who walk farther in can hear music that changes their lives.


The story of K.I.D.S. Christian Music Center and Community School of the Arts begins 112 years ago in Cleveland. There, 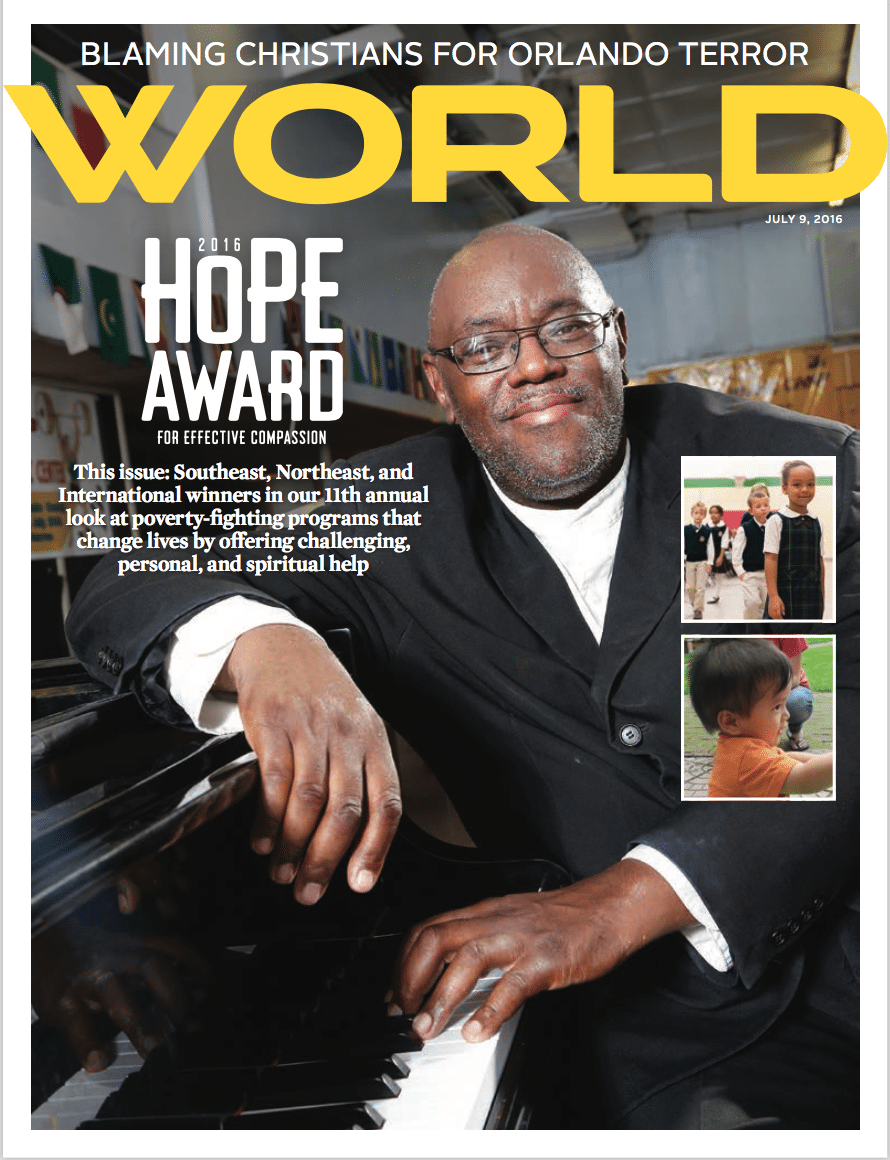 Eleanor Rainey in 1904 donated funds to create a neighborhood center for the benefit of immigrants from Eastern Europe. Over the years local demographics changed, and the neighborhood became largely black. A half-century ago one of the new neighborhood children, 8-year-old Daniel Cason, raised his hand when asked if anyone wanted to act in a play to be put on at the Rainey Institute.

Little Daniel had a role in the play, but one day he sat down at the Rainey piano and learned God had given him a gift that made possible a larger role: “I could play from day one, just by ear, immediately.” His first teacher, Jim Hawkins, “showed me how to put my hands in the middle of the piano and find middle C. He taught me how to read music. Immediately it clicked. I give all credit to God.”


The Rainey Institute, which began as a reading and lunch room for European boys and workmen, became 60 years later a haven for a young African-American then living in a single-parent home and suffering abuse. Daniel at age 11 started teaching other children. At 13 he received a scholarship to a University of Southern California summer music program. In high school he played the piano one night for a traveling evangelist who invited him to stay with the show. Cason, sick of the abuse, left home, played at the minister’s old-time tent revival meetings, and eventually came to believe in Christ.

Succeeding years brought more study and travel, high-school music teaching, and service as a pianist and music workshop director across the United States and in Russia, England, Ireland, Italy, and Nigeria. Daniel and Gwendolyn Cason, married for 31 years, now have two grown children: Their son plays the drums; their daughter, the flute. On Sundays, Cason at age 59 is the organist at Briarwood Presbyterian Church, a PCA stalwart, and that salary allows him to without additional pay pass on his knowledge of music to poor children ranging from kindergarten to college-age. His summer camp in particular makes K.I.D.S. this year’s Hope Award Southeast Region winner.

Brown patches of grass dotting gray cement: Another hot, disenchanted evening in inner-city Birmingham, but in parts of Cason’s building several volunteers were preparing bags of school supplies to give children. Others discussed who would be on duty to offer medical screenings, haircuts, and groceries to poor neighborhood residents. In one room with donated church pews and vertical blinds, 80 of Cason’s 200-plus summer students, ranging in age from kindergarten to high school, sat and stood for a half-concert, half-class.

The students’ demeanor and manners showed that Cason was teaching not only music skills but mental skills and life skills. No backward hats or pants on the floor. Children paid attention, did not yammer, and said “yes, ma’am.” As Cason explained, “We don’t even allow you to address an adult just ‘yes’ and ‘no’—there has to be a ‘ma’am’ or a ‘sir.’ I know that’s a Southern thing, but that’s just what we do. Children should not talk to an adult like they talk to each other. … The things we hold dear are not always accepted among the masses, but we still believe biblically there are words called respect and honor. My wife and I stand for that.” 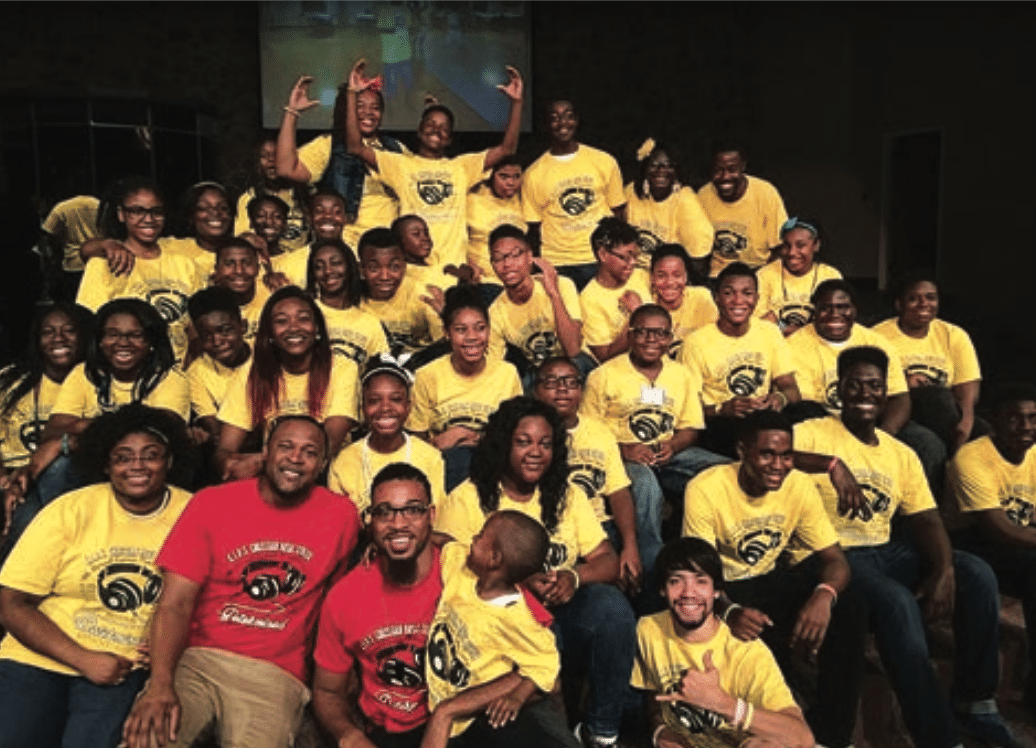 Cason’s summer camp officially is for ages 6-18, but some 6-year-olds bring their younger siblings, and Cason has learned to accept that: “I tell my wife, ‘We’re not a baby-sitting service,’ but then the Holy Spirit speaks.” Cason doesn’t turn away even the youngest, because “my goal is beyond the music. Music is what I do, but ultimately my goal is spiritual, that they will know Christ. … We do not play any games.”

Cason has diabetes and a bad back, which hurts when he’s preaching or conducting but not when he’s at a piano—and that’s where he was on this summer night as he began the class with admonitions: “Let me see good posture on the edge of your chair. … I need every eye on me. … Sit tall on the edge of your seat.” He fell off the stage two years ago: “Almost hit my head on a corner. I was paralyzed the night before the concert. Rushed me to the hospital. But if I have to go in a wheelchair, I go.”

Cason’s health is only one of the problems he’s had to overcome: “We’ve had to ask families to leave, because we’re not going to have children curse out other children. Sometimes we say, ‘You have one more chance. Don’t let that come out of your mouth anymore. We do not use foul language in this ministry.’” But he’s tried to meld justice with mercy and recalls how “the Lord had to deal with me. We brought a whole lot of kids from the projects and had a child call one of my teachers a word that rhymes with ‘witch.’ God spoke to my heart: I was going to put her out—but if she comes from a community where that’s common, you might want to be a little more patient and correct her and try to understand. … It took me a while.”

The kids on this summer night followed Cason’s injunctions: “Keep your hands to yourself and your spit in your mouth.” They beautifully sang hymns: “We believe in God the Father. We believe in Christ the Son. … We believe in the blood that frees us. … Holy, holy.” Their most jubilant number was “When the Saints Go Marching In.” High-school boys stood by one wall and high-school girls stood at the other, and they courted each other as they volleyed notes over the younger children on the pews. Cason coaxed more from each group: “Tenors, I can’t hear you. Altos, show them what you’ve got.”

During the school year, Cason and his ministry have Saturday programs that include training in vocal technique, choir, hand bells, piano, and the Orff Approach, a child-centered style of musical education. Cason has been able to place pianos in the homes of some children whose families could not afford them. (Condition: The child needs to work hard.)

On this summer night some of the older students and alumni explained what Cason’s work meant to them. Coreen Dixon said: “This is my fifth year. When I first came here, I thought it wasn’t really cool to praise God. … When you come here, you have people who love God the same as you do. If you give God praise, nobody should be ashamed.” Destiny Collins, now attending Seton Hall University, said she was in the program for about 12 years and learned perseverance: She still loves music and plans to major in creative writing.

The evening culminated with Cason handing out scholarship checks for $200 to $500. Later, he talked about what he saw as significant in his work: “They’re so gifted. … The music helps them develop mental and motor skills. … I reward good behavior and I punish bad behavior.” Beyond the music, he summarized his two major objectives: “That they’ll finish high school. They will come to know Christ.”

Learn more about Daniel Cason Ministries at www.danielcason.org or call 205-365-1800 to be a part of this Life Changing Ministry located at 538 7th Street North, Birmingham, Ala.