Driving Under the Influence

We all know that driving while under the influence of alcohol and other illicit substances is unwise at best. Not only does it place the inebriated driver in danger, but it also imperils everyone else on the road. According to the Center for Disease Control, approximately one in three traffic deaths in the United States involves a drunk driver, and 28 people die each day as a result of drunk driving. Alabama has severe penalties for driving under the influence (DUI), which everyone planning to drive after a night of drinking must be aware of.

If a police officer pulls you over and suspects you of driving under the influence, a breathalyzer test will be administered. In every state, it is illegal for people over the age of 21 to drive with a blood alcohol level at or 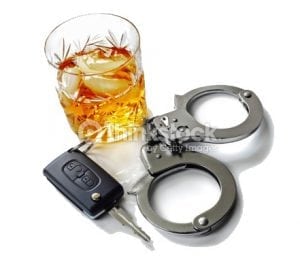 above 0.08%. Under “zero tolerance” laws, which aim to discourage underage drinking, it is illegal for anyone under the age of 21 to drive with a blood alcohol level at or above 0.02%. While factors such as gender, weight, and food intake all affect blood alcohol level, a general rule of thumb is that, if you have three servings of alcohol in rapid succession, you are above the legal limit. One serving of alcohol is equivalent to one 12-ounce beer, one 4-ounce glass of wine, or one 1.5 ounce shot of distilled liquor.

A first-time DUI charge carries the following administrative and criminal penalties: a monetary fine between $600 and $1,200 in addition to a 90-day driver’s license suspension. The first offense typically does not involve any jail time. If another DUI charge is incurred within five years of the first, the penalties for the second offense increase substantially; the fine rises to between $1,100 and $5,100, the license suspension goes up to a year, and there is a minimum of five days in jail. Likewise, the penalties for any further charges increase if incurred within five years of the previous one.

In addition to these administrative and criminal penalties, driving while under the influence of alcohol will dramatically increase civil liability for any accidents you may cause while in that condition. The bottom line is that it is never worth it to drive after drinking; always remember to call a cab or have a designated driver at the ready. Drunk driving is simply not worth the risk, legally or morally.

Frank S. Buck, P.C., Attorneys at Law have been offering professional legal services and serving Alabama citizens for over 40 years. We have experienced trial attorneys who have over 89 years of combined trial experience. You can reach us 24 hours a day at (205) 933-7533. Please call us for a free consultation.