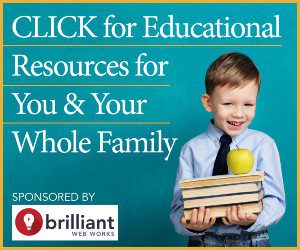 In 2011, Trussville native Rachel Shaneyfelt was diagnosed with mesothelioma and was given only nine months to live. Shaneyfelt was in nurse practitioner school when she was given this devasting news but decided to continue to pursue her degree. While working as a nurse practitioner, she was scheduled for a lung biopsy. Because the lesion had shrunk 70%, the doctors would not conduct the biopsy. She later told another doctor, “You’re not going to believe this, but my lesion has shrunk 70%. Praise God!” The doctor, who was an atheist, said, “That’s great, get yourself a t-shirt.” She bought and gifted 130 God Is Bigger t-shirts to nurses and staff, which led her to purchase 1,000 God is Bigger silicone bracelets, designed to point people to God instead of their circumstances. Within months, the demand for bracelets went global! Over the next seven years, with the proceeds from the God is Bigger Movement merchandise and fundraisers, over 500,000 grey silicone bracelets were given out worldwide to missionaries, charities, abused women, the homeless, those hurting or lost, and total strangers as a reminder that, “When life gets big, God is bigger.” The ministry is based on Luke 1:37, “For with God nothing shall be impossible.” On August 26, 2017, Shaneyfelt went home to be with her Savior. She desired that the God is Bigger Movement continue after her passing.

So grab your fishing rods! The 3rd Annual God is Bigger Movement Bass Fishing Tournament is on September 12 at Lakeside Park in Cropwell, Ala. $4,930 in guaranteed prize money will be paid to 12 winning places, plus a “No Weigh-In Drawing” for a chance to win $100. The entry fee is $110 per boat, which includes $10 for Big Fish. Proceeds from the tournament will be used for the sole purpose to continue to spread the God is Bigger Movement worldwide. Learn more at www.gibmovement.com. †