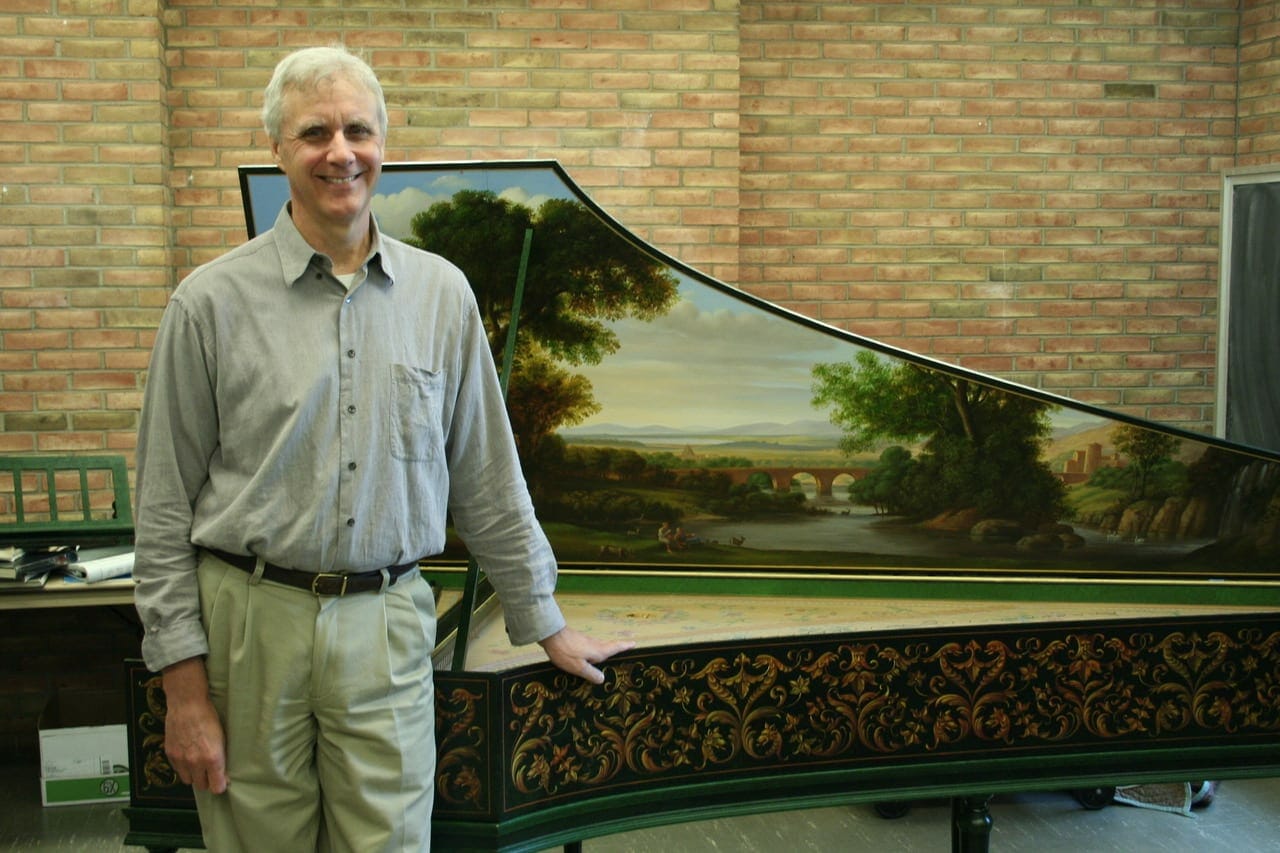 Edward Parmentier has performed throughout the United States, Russia, Western Europe, Japan, and Korea on harpsichord and on historic organs, and is a frequent recitalist, lecturer and adjudicator at symposia and festivals. His collection of recordings has won both critical and popular acclaim. Recent releases include Bach’s partitas, French 17th-century harpsichord music, sonatas of Scarlatti and music of the English virginalists. He appears frequently in ensemble settings as a continuo player and concerto soloist. Parmentier conducts modern instrument chamber orchestras in performances of Baroque and classical repertory. His annual summer harpsichord workshops at the University of Michigan, where he is Professor Emeritus of Harpsichord, attracted performers from all over the world. Learn more here.