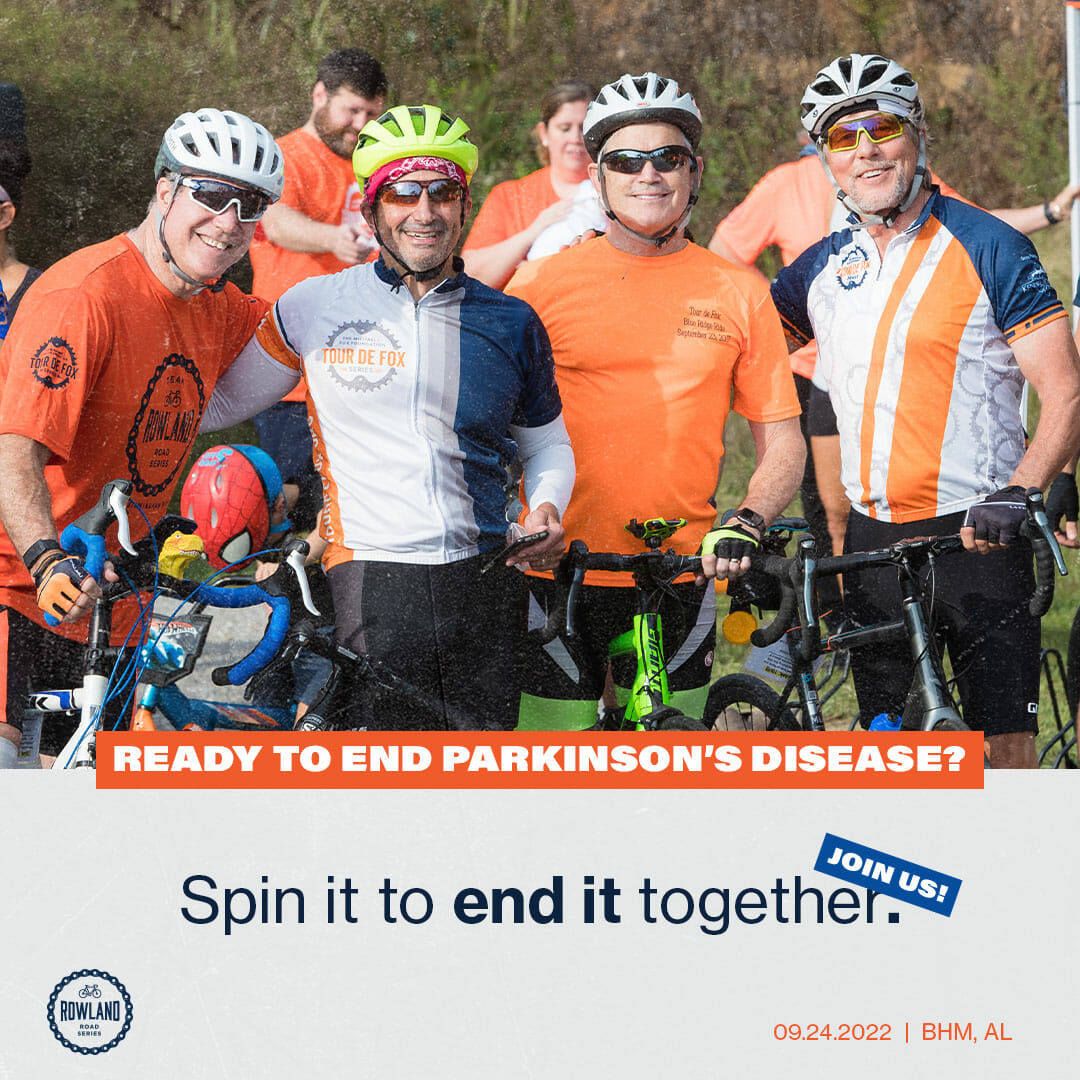 This year’s Rowland Road Series is set for Saturday, September 24 at Oak Mountain State Park. To learn more about Team Rowland and the Rowland Road Series, teamrowland.org. The ride offers a 1, 5, 10, 15 and 30 mile ride through Oak Mountain State Park. If you are unable to join us in person, you can do your own ride from wherever you are and register as a virtual rider.

Team Rowland was started in 2017 after Mike Rowland was diagnosed with Parkinson’s Disease. Shortly after his diagnosis, his family and an army of supporters quickly rallied around him and got involved with the Michael J. Fox Foundation for Parkinson’s Disease Research by attending the Tour de Fox Blue Ridge bike event in Greenville, South Carolina. Tour de Fox Blue Ridge ride.  In 2020, when the COVID-19 pandemic shut down the Tour de Fox events, Team Rowland created their own event, the Rowland Road Series, with the goal of ending Parkinson’s Disease together. Since 2017, Team Rowland and their supporters have ridden thousands of miles and raised over $650,000 for research and to improve the quality of life for Parkinson’s patients in Alabama.