Remember when God delivered the Israelites from over 400 years of Egyptian bondage and led them to Canaan, the Promised Land? Once there, God gave them instructions on what to do in preparation to enter in and possess the land.

GO. Numbers 13:1-2 says, “Then the Lord spoke to Moses saying, ‘Send out for yourself men so that they may spy out the land of Canaan, which I am going to give to the sons of Israel; you shall send a man from each of their fathers’ tribes, everyone a leader among them.’” This is where God said GO! Proceed, begin, move forward.

NO. However, the people said NO! Numbers 13:31-32 says, “But the men who had gone up with him (Caleb) said, we are not able to go up against the people, for they are too strong for us. So they gave out to the sons of Israel a bad report of the land which they had spied out…” Ten of the twelve spies gave a bad report and the people listened to them and not God. In saying “no,” the mistake they made was fivefold: 1. They doubted God. 2. They deferred to fear and not faith. 3. They disobeyed God. 4. They developed their own plan (which failed). 5. They delayed God’s blessing.

WOE. God said GO; the people said NO; and then God said WOE which means grievous distress. Numbers 14:22-23 says, “Surely all the men who have seen My glory and My signs, which I performed in Egypt and in the wilderness, yet have put Me to the test these ten times and have not listened to My voice, shall by no means see the land which I swore to their fathers, nor shall any of those who spurned Me see it.” Bad choices lead to bad consequences. Doubting God and disobeying Him will only lead to disappointment, despair and defeat.

Has there been any instruction God has given you that has gone unanswered, been disregarded or disobeyed? Are there any promises you have not claimed or any “promise land” that you have not possessed? Make sure you hear, heed and honor God’s voice and His call. 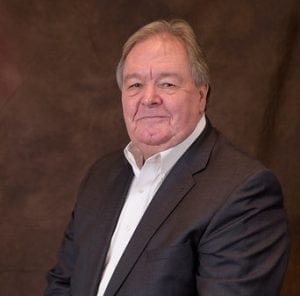