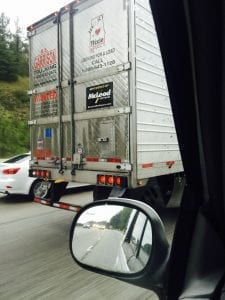 If you decide to travel the interstates of Alabama or across the country this holiday season, the chances are excellent that you will encounter an 18-wheeler stamped with the slogan “M-Powered by McLeod Software.” For nearly 35 years, the Birmingham based company has been serving the trucking industry and has established a base of more than 950 active customers throughout North America. Most of the company’s 500 employees work at McLeod Software’s headquarters in North Shelby County.

At the helm of the company is founder Tom McLeod, who is quick to tell you what empowers him and has led his company to more than triple in size over the last ten years. “Any success we have had has certainly been evidence of God’s grace. So many things have gone well at the right time,” explains McLeod. “There were obviously things happening in our favor well beyond our control. It’s a great reminder that every good and perfect gift is from above.”

McLeod recalls how a group Bible study leader he learned from while majoring in piano performance at Samford University played a pivotal role not only in his spiritual life but also his professional success. 25 years older than McLeod, John Snow worked in the computer field and was a man that “very much sought God’s leadership.” After college, McLeod spent about five years in sales and was seeking an opportunity to do something more technical. Snow had an idea for the transportation industry and needed a programmer. “He gave me the chance to learn programming,” says McLeod who mastered several languages over the next two years. “I really felt the Lord opened the opportunity to learn how to program. It was just amazing from that first few weeks, it felt like I’d done this before. I really felt like I was in my element at that point.” McLeod also learned a lot about the transportation industry. “I suggested developing a system for freight planning, freight billing, and driver payroll for the hundreds of new trucking companies that were opening up as a result of deregulation,” remembers McLeod adding with a chuckle, “John could see that what I was setting out to do was going to be a lot of

To stay the course, McLeod starts his day off with God. “I have a personal devotional every morning which has been good to obviously keep me on track. It goes to putting first things first.” He admits that he let that habit slide for a few years, but hard times brought him back to it. “We went through a very tough period during the recession around 2001,” remembers McLeod. “It’s when we get in trouble that we really seek God’s guidance. Again, God was faithful to provide some good direction and really rekindled that habit of daily devotion.”