Do We Really Live in a Post-Truth World?

With the truth twisting, emotional appeals, and personal attacks that characterized this last election season, Oxford Dictionaries selected “post-truth” as the word for 2016. According to the dictionary, “post-truth” means, “relating to or denoting circumstances in which objective facts are less influential in shaping public opinion than appeals to emotion and personal belief.” Simply put, we now live in a culture that seems to value experience and emotion more than truth. While modern technology and social media certainly contribute to the phenomena of emphasizing style over substance—two thoughts stood out to me when I first heard that “post-truth” was the word of the year.

First, the idea of changing, avoiding, or moving beyond truth is not new. Judges 17:6 says, “In those days there was no king in Israel. Everyone did what was right in his own eyes.” In other words, there was no standard the people were accountable to, and so they decided for themselves what they believed was true. No doubt they followed their experience and feelings to determine what was right. And by doing so, they demonstrated a universal human proclivity—the denial of truth. Humans always have, and always will, find ways to avoid truth.

Second,we don’t really live in a post-truth world. In fact, a post-truth world is impossible. Not too long ago I was speaking at a youth event. Afterwards, a student came up to me and said, “You talked about truth a lot. What’s the big deal? Why is truth even important?” I looked at him and simply asked, “Do you want the true answer or the false answer?” He clearly valued truth, even though he didn’t realize it. The same is true for all of us.

We make daily decisions based on what we think is true—waking up at the right time, taking the correct medications, and choosing the right directions to get to work. Truth is inescapable. Trying to ultimately deny truth is like pushing a beach ball under water. Push it down on one side, but then it pops up the other. Each time you push it down it comes back up. Its nature is to float to the surface, even when we try to submerge it. Truth is the same way. We may live in a “post-truth” world, in which people make choices based on emotion and experience rather than objective fact, but the reality is, truth simply won’t disappear. Truth will keep popping to the surface and reminding us that it’s important. 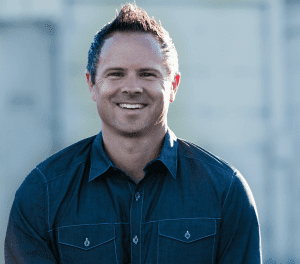 Dr. Sean McDowell, Professor, Christian Apologetics, Biola University. Learn more from McDowell at the April 20-21 reTHINK Student Apologetics Conference at Briarwood Presbyterian Church. He will speak on the topic of “What’s a Worldview and Why Does It Matter?” www.rethinkapologetics.com/alabama