Alabama Softball’s Montana Fouts: A Love of the Game and God 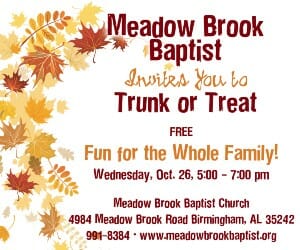 When University of Alabama pitcher Montana Fouts talks about softball, you can hear the love in her voice. Fouts, one of the most celebrated collegiate athletes in the country, also talks with the same excitement and enthusiasm about her faith in Christ. Her faith, she says, is what keeps her grounded and focused as she plays for the Crimson Tide and looks forward to pitching with Team USA in international competition. 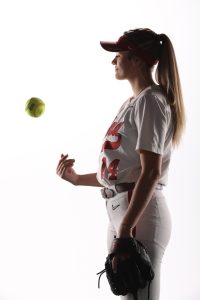 Starring for the Crimson Tide. Fouts, a senior from Grayson, Kentucky, has made a name for herself as one of the best pitchers in the nation, cementing that reputation with a no-hitter in last year’s NCAA College Softball World Series. The no-hitter against reigning national champion UCLA was only the fifth in World Series history and the first since 2000. She was also recognized as last year’s SEC Tournament MVP and the 2021 National Pitcher of the Year; in high school, she was the USA Today High School Player of the Year and MaxPreps National Softball Player of the Year.

At Alabama, she’s become a fan favorite–and relishes the love that Crimson Tide fans have for softball. “Before committing to Alabama, everyone told me that I’d feel like a rock star here because they love softball in Tuscaloosa,” she says, “and it’s true. The Alabama fans love and respect the sport so much. Not everyone thinks softball is great, but they do in Tuscaloosa.”

She also stresses the family atmosphere created by the softball staff at the University, and her respect for head coach Patrick Murphy. “We love our coaches,” she says. “Murph lets everyone be themselves and find their place.” This year’s Alabama team is building on last year’s SEC tournament championship and World Series appearance with a group of new players around Fouts. The team lost a whole slew of seniors from last season, but Fouts says this year’s is a special team. The team started the season 20-0 and has remained in the top five in national polls since the beginning of the year. The players, she says, are hungry to get back to the College World Series. “We were just grateful to make it that far, but of course, we want to win the whole thing,” Fouts says. “And this year we have a lot of players who haven’t experienced the World Series. I want to get back for them.”

Fouts is an example of how to succeed in the NCAA’s new “name, image, and likeness” (NIL) program begun this season. She’s been ranked as the top collegiate athlete (over college football and basketball players) on Cameo, where people pay to have celebrities provide personal messages to fans; she’s also become a spokesperson for various softball companies.

Loving the Sport at an Early Age. Fouts has experienced success at softball most of her life, crediting her family for supporting the sport she loves so much. Young pitchers, she says, thrive when they have a supportive family. Her father Tim Fouts and mother Stephanie Williams sacrificed to give her the chance to compete on an elite level, and Fouts says she’ll always be grateful for that. “They sacrificed a lot,” she says. “Taking me to practice, staying in hotels to go to tournaments. It took a lot from them and my siblings.” Fouts has a younger brother, Cody, who is 17, and sisters Madison, 19, and Makayla, 11.

Fouts says, though, that ultimately a young athlete has to have the desire to keep competing. “My Dad will sometimes apologize for getting onto me, and I always tell him that’s what I needed,” she says. “I love the game so much. Even on the very worst day, I still want to keep playing.” She adds, “Burnout was never a thing for me. I just love to play and compete. I always have.” Fouts does stress that young athletes can have a lot of extra pressure put on them, especially with social media and other outside influences. Players need to be honest with themselves and others and keep the sport in a proper perspective. Fouts says that softball is the “greatest thing ever,” but it’s not everything. “I ask God to let me see that,” she says. “I want success at softball so badly, but I don’t want it to be everything to me.”

Relying on God. That understanding of how softball fits into her life on a deeper level is something Fouts says has developed since moving to Tuscaloosa. She was raised in church, but her faith grew exponentially once she came to Alabama for college. After some struggles in her first year on campus, she looked inward and knew she needed to get some things right; an important first step was to go to church. Today, she and most of her teammates attend Church of the Highlands together, and they hold each other accountable as Christians. “I look down the aisle at church and see members of my team,” she says. “You don’t know how much that means. This is really my favorite team ever.”

Her faith has helped her deal with struggles, failures–and successes. A primary lesson in dealing with all aspects of playing softball is realizing that God can work everything to His purpose and that things happen for a reason. “That’s a great perspective, and I learn it from my relationship with Jesus,” Fouts says. “Things aren’t perfect all the time. I’ve had injuries and I’ve been really down before but losing a game or even losing a season can be put in perspective. If everything falls in your lap, what are you learning?”

“I can tell a difference in my life when I realize that God can use all situations for good,” she says. Fouts is outspoken in her faith in outward ways. Most of her social media posts reference her faith, and she also has started a small business that focuses on the phrase “Be the blessing.” She promotes t-shirts, sweatshirts, hair ribbons, and other items that focus on that message–that you can use your life and influence to be a blessing to others. She often wears her own “Be the blessing” ribbon while pitching, hoping it makes an impact on people watching the game.

Inspiring the Younger Generation. Sharing her faith is “natural” to Fouts, and she desires to be a role model to young softball players. “I’m really grateful to have the opportunity to be an example to other people,” she says. “It’s easy to talk about my faith because without it or without God I wouldn’t have anything.” Fouts was recently selected to the Team USA softball team, following in the footsteps of softball players she idolized when she was young. She grew up looking up to Team USA pitcher Jenny Finch–also an outspoken Christian–and now hopes she can inspire young players in a similar way. “I’ve always dreamed of wearing those letters across my chest, that was always the goal,” she says. “And now to do what Jenny Finch and other players did is just a dream come true.”

Fouts has another year of eligibility remaining at Alabama due to the “Covid year” in 2020 and is now in graduate school continuing her education in psychology. After school, she plans to play softball professionally, coordinate camps, and inspire others. “Every day I try to be a blessing. I want people to see Jesus in me,” she says. “Because I wouldn’t be anything without Him.”

Wray writes often about sports topics and figures and is the coordinator of the Southern Christian Writers Conference, which takes place year in Birmingham this year on June 3-4.

Cheer on Fouts at the World Games in Birmingham 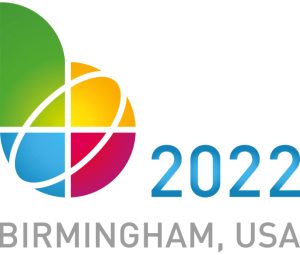 Birmingham softball fans will get the unique opportunity to watch Team USA compete this Summer in the World Games. The United States’ softball team will attempt to avenge its gold medal loss to Japan in last summer’s Olympics during the competition held in the Magic City between July 7 and 17. The World Games 2022 Team USA roster is composed of 11 former student athletes and seven current athletes from 12 NCAA Division I universities. Among those athletes are current UA pitcher Montana Fouts and current Tide standout Haylie McCleney. In total, eight members from the 2020 U.S. Olympic roster who won the silver medal in Tokyo will be on Team USA for the World Games. According to head coach Heather Tarr, the American team will be exciting to watch–and a unique opportunity for local fans of the sport. “This roster includes both experience and youth, and I truly believe this will be a team that our fans will love to follow as we compete for a gold medal at the 2022 World Games in Alabama this summer,” Tarr says. “I am so excited to see this team in action.” In addition to the U.S. and Japan, other countries competing in the World Games in softball are Australia, Canada, China, Italy, Mexico and Chinese Taipei. Softball games will be played at the Hoover Met. Learn more at www.twg2022.com/sports/softball.

Did you enjoy this article? Click here to read the full April issue!