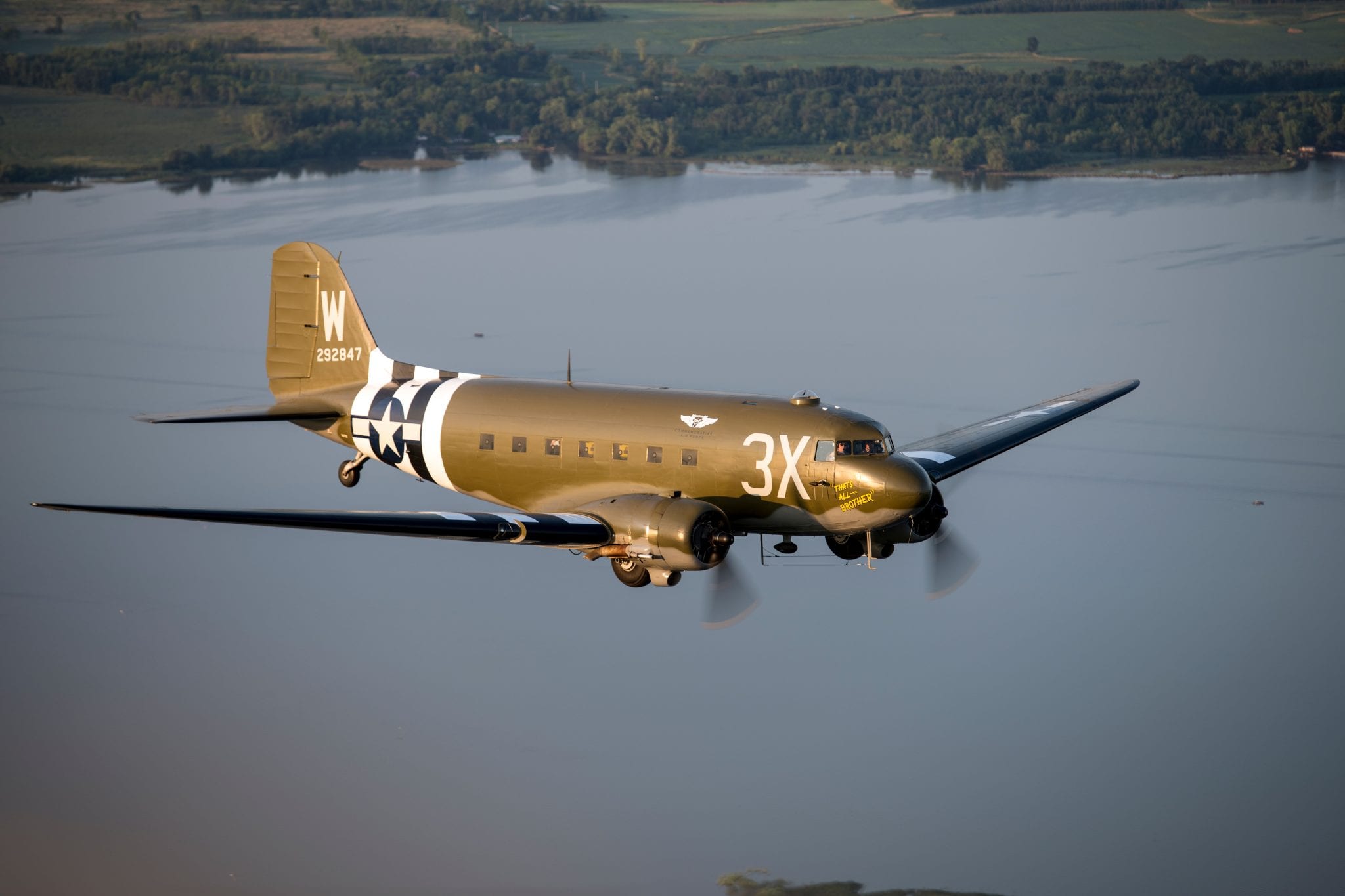 The Southern Museum of Flight, along with Commemorative Air Force (CAF) The Central Texas Wing, is bringing Living History to Birmingham! In commemoration of the 75th Anniversary of D-Day, the C-47 That’s All, Brother which led the airborne invasion at Normandy, France on D-Day June 6th, 1944, will be in Birmingham April 8th-14th, 2019. That’s All, Brother led over 800 C-47s that dropped over 13,000 paratroopers into the battle, ultimately changing the course of mankind.